Other places to find me:

Find Other Singles In
West Virginia! 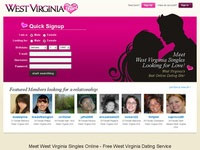 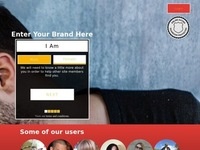 I Have OCD, But It's Not As Bad As You May Think

I have Obsessive Compulsive Disorder which is OCD. This is a condition where a person does certain things repeatedly and sometimes obsessively. This is more common than you may realize. It's not a disease, but a condition/disorder. You may be shocked by how many people who have OCD. I never realized that I had OCD, but after I was told that I had OCD I realized that I've had OCD for most of my life. My OCD deals with counting the amount of times that I do certain things repeatedly. My OCD also deals with the amount of times that I wash my body when I take a shower. I've never in my life ever had a cavity and the main reason is because I brush my teeth for a long time to make sure that I don't feel anything on my teeth. A lot of people have OCD and they don't even realize that they have this condition/disorder. It doesn't seem so bad until it's you whose dealing with OCD. I think that my OCD got worse when I found out that I had OCD. It's sometimes nerve wracking to me when I go counting the amount of times that I do certain things. Oh well, it is what it is and this disorder is very hard to get rid of. Do you have OCD?

About Me  (My Interests / Hobbies / Groups)

About My Match  (What I'm looking for)

No Favorite Websites added yet.

No Favorite Books added yet.

No Favorite video games added yet.

If you see spam, fake information, nonsense information, offensive information or an empty profile, please click the button below and enter your reason for reporting this profile. It will be reviewed promptly.
Note: Reporting Tool Only Visible To Logged In Members
Keep Scrolling

FIND Other Singles In
West Virginia